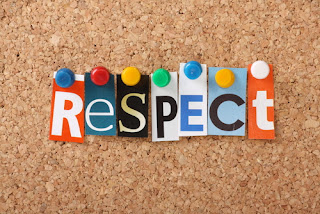 Respect does not come with age, knowledge, or plain demeanor. I believe that respect is earned. The old saying, “Respect your elders,” implies that just because someone is older than you and has walked this earth longer than you, they somehow deserve your respect. I find this to be very empty and unsubstantial. Respect is huge and grand in my vocabulary. There are a few different realms of respect and people associate different meanings and reasons for “Respect.” With all that being said, coincidentally, my elders are people I do admire and respect greatly. Grandmother Beatrice, Grandmother Marie, Grandfather Stephens, Grandmother Jeanette, and Grandfather John are who I consider my elders. These amazing people saw this country when it was a simplistic menagerie of hard work and apple pie. These souls have endured war, poverty, progress and great change in the landscape of the US of A. I can’t even fathom what it’s like to see the world as it is now – so vastly different from their beginnings. Nostalgic buildings - gone, stores they frequented - out of business, and communication reduced to text messages or emails. They’ve had to adapt to a much faster paced world. I have high esteem for the beginners of what we now call our family. They planted the seeds of our heritage and from it our parents sprouted and then we soon followed from their blooms. The generation of tradition and sacrifice instilled ethics and morals in their children and those teachings were then handed down the ladder to us.  Respect my elders – well, I certainly do. Not because I HAVE TO, but because they’ve earned my respect with their open hearts and kind ways. Their stories and the time they lend telling them to the younger generation is priceless and I feel honored every time they let me into their history.  Same goes for my parents – all 3 of them – I respect and have such admiration for their histories and how far they’ve come. I’m a lucky girl to have such amazing people that I can look up to.